Dog owners occasionally experience unwanted pet behavior. Sometimes these are relatively harmless manifestations, such as barking in an apartment or disobedience on a walk, but aggression towards the owners or other family members is also encountered. The situation that has arisen cannot be ignored: urgent correction of the dog's undesirable behavior is necessary. To identify a possible cause and remedy, contact the St. Petersburg canine service "LIS". Our experienced zoopsychologists and dog handlers will help you find a solution to the problem. 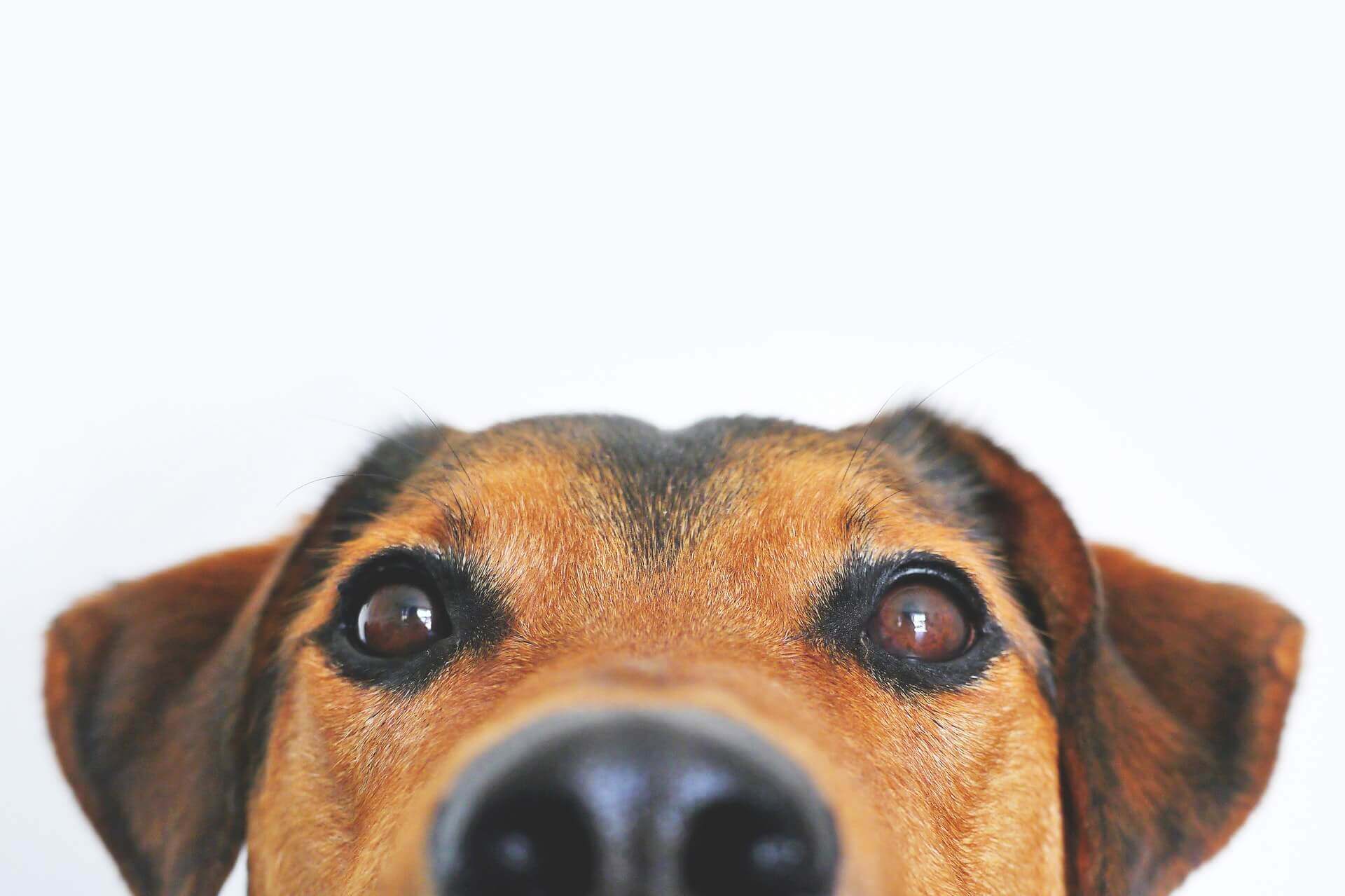 A puppy appeared in the house and immediately became a universal favorite: they play with him, try to treat him with something tasty, indulge in every possible way, often forgetting about strictness in upbringing. The dog grows accustomed to being the center of attention. Sometimes he just turns into a naughty spoiled creature, but some animals develop aggressive behavior as they grow up.

With what it is connected: in natural conditions, these animals form flocks with a leader. When living in a family, a pack for a dog is the owner and household members. Depending on the behavior of people, the animal will either be obedient, or will show aggression, taking the best place to sleep, stealing tasty pieces from the table and delivering many other troubles.

Bad behavior is due to the lack of training and education of the dog, or insufficient attention has been paid to the development of obedience skills. The dog considers himself the leader of the pack and requires an appropriate attitude towards himself.

How to defeat aggression

Faced with such a problem, the owner begins to look for solutions, and if he does not find it, then he gives the pet to a shelter or to another family. But the last resort can be avoided. To be successful in correcting your dog's behavior, you need to consider the following information:

Correcting aggressive domestic behavior begins with training. But here it is important not to go too far. With one dog, you need to behave as strictly as possible, but for another such treatment will become stressful, and instead of an obedient friend, the owner will receive a frightened creature.

The appearance of another animal

The dog was the only one in the family for a long time, and then a cat, puppy or other animal was brought into the house. A new pet requires attention, and an adult dog does not want to put up with such a situation. The canine instinct demands to restore the shaky positions. There are 2 possible types of behavioral reactions:

Correction of zooaggression in a dog should be carried out immediately after the onset of behavioral disturbances. If you do not pay attention to the situation, then such a reaction will become familiar to the dog, and the correction will take more time.

The result of fostering zoo loyalty

An experienced animal psychologist will reduce the likelihood of zoo aggression by choosing a way for the owner to reconcile the dog with the existence of another pet. Zoo-aggression corrections will include training methods aimed at reducing aggressiveness. The result can be different:

It is better if the correction of the dog's behavior in St. Petersburg is carried out by a specialist at the LIS canine center. Our employees already have extensive experience in dealing with such cases of aggression. There is no need to hope that a cat or other domestic animal will become a friend of the dog after training. This may not happen soon or never at all. But the pet will be able to move freely around the apartment under the contemptuous and ignorant gaze of a trained dog.

Arrival of a new family member

The canine leadership instinct requires testing the beginner "for strength". It's good if a person turns out to be of character. But more often the following situations arise:

Correction is necessary in both cases. A zoopsychologist for dogs in St. Petersburg selects training methods for an animal and gives recommendations on how to restore a leadership position to a new person.

Unfortunately, people don't always follow the recommendations. Often, the correction of bad behavior is possible only after the departure of the family member to whom the dog reacts in the wrong way. Almost all pets understand with whom you can misbehave and with whom you cannot. Left with the owner, the dog tries to behave as before for some time, but strictness and training quickly get rid of bad habits.

Attitude towards the birth of a child in the family

The literature describes many cases when a dog becomes a nanny for a newborn: holding on to its fur, the baby takes the first steps, and then it is a protector and partner in children's games. Nice, but, unfortunately, this is not always the case. Zoopsychology helps to understand how the dog sees the events taking place:

The situation is aggravated when children begin to walk and learn about the world. Pulling on the tail or ears, slapping and grabbing at the coat irritates the dog. If the animal has received a good upbringing, then it will try to leave, and subsequently will hide from the child under a sofa or other hard-to-reach places. But sometimes he can use his teeth.

Is it possible to make friends with a pet

Specialists of our canine service will select methods for correcting the behavior of dogs, taking into account the breed, age and temperament. In most cases, the training, attention and severity of the owner provide a good result - the dog carefully plays with the little man, is loyal to pulling the tail. Then the animal really becomes a friend and protector of the child.

But correcting the behavior of a dog in St. Petersburg is not always possible, even with the help of a zoopsychologist-cynologist. Sometimes experts sadly report that it is not possible to bring up a loyal attitude towards a child in a dog, and it is better to find another owner for a pet. This will be humane in relation to the animal and will ensure the safety of the child: the dog may not calculate the strength, injure out of jealousy or protect itself from pulling the coat and ears.

Raising a dog in St. Petersburg with the help of an experienced dog handler made it possible to get an obedient pet, but suddenly everything changed. The dog began to shit at home, gnaw furniture, howl or bark in the apartment. Eliminating unwanted behavior begins with identifying the causes:

In this case, it is impossible to train strictly, this will negatively affect the psyche of the animal. You need to correct it by combining severity and affection, helping the dog to adapt.

Sometimes behavior change is associated not with external factors, but with the state of the body:

In these cases, it is not a correction of the dog's behavior that is needed, but a change in diet or a visit to the veterinarian.

Dogs are social animals and are well aware of the weakness of the people around them. This leads to aggression, disobedience and other unwanted behavior. To reduce the likelihood of behavioral deviations, simple tips will help:

From early childhood, the dog must understand that the owner is the leader of the pack, he must unconditionally obey. To achieve this, it is better to use the services of the LIS canine service specialists. If the owner turns to the dog training center, then the specialists quickly identify the problem and carry out the correction.

Benefits of contacting a specialized center

If the animal behaves aggressively when visiting the veterinary clinic, when trying to cut its nails or comb it, consult our specialists. Perhaps the reason is in the characteristics of the breed - some were deliberately bred with certain character traits. An experienced cynologist-zoopsychologist in St. Petersburg will select a method taking into account the breed, nature and characteristics of behavioral deviations.

To get a consultation, you need to bring your pet to our center and explain to a specialist the nature of the problem that has arisen. Further, the dog handler will work, selecting suitable methods for raising the dog. It is convenient for the owner and is stress-free for the pet. Classes are held individually, field lessons are possible. Zoopsychologists and cynologists will find an approach even to a dog "with character".

Training in St. Petersburg at the LIS canine center helps to develop the necessary obedience skills in the animal. Experts will provide dog guidance from initial training to special training for guarding or other work.

Zoohotel for dogs in St. Petersburg. Overexposure of dogs. Hotel for animals with home conditions. Elite rooms for animals…

Training of dogs of all breeds in St. Petersburg by experienced specialists. Individual and group lessons, on-site lessons,…

Don't have a car but have a pet? This means that sooner or later you will need to take him to the groomer, to the clinic,…

Groomer in St. Petersburg and Leningrad region. Services for the care of the hair, teeth and claws of the animal. Cynological…

Departure of the cynological crew

Cynological service "Lis" offers its clients a service - departure of the cynological crew. We are ready to complete the…

How to prepare a dog for a show? Services of the best handlers in St. Petersburg for the preparation and exhibition of dogs…

A fitness room for dogs in St. Petersburg is a well-thought-out plan, which takes into account all the features of the breed,…

Reviews about our work

The site was created by web-studio: webqoo.ru

A personal account will be ready soon, where you can manage the data of your organization

If you work with animals and want as many people as possible to know about you, register in our single directory